If you live along the Ohio River in south Indiana and northern Kentucky, then lock your doors tonight because you live in one of the weirdest and strangest paranormal hot zones in these here United States of America — The Big Lick Triangle.

Allow me to explain.

The (Convenient) Shape of Fear

Ever since the “Bermuda Triangle” became a household name in the 1960s it seems like shapes have been used to define all things mysterious. Why there’s the great pyramid, the burning ring of fire, and the hip-to-be square. But none of them have had as much impact on modern culture as the mighty Bermuda Triangle. It’s the grand-daddy of all shape-related paranormal phenomena.

And that grand-daddy has spawned a lineage of countless imitation triangles all over the United States. Maybe saying “imitation” is harsh — “tribute” is a better word. Because it does seem like the humble TRIANGLE has become the go-to shape for establishing the boundaries of the strangeness we find in our collective backyards.

Why you can visit places like The Great Lakes Triangle, The Little Egypt Triangle in Illinois, The Coudersport Triangle of Pennsylvania, New Hampshire’s own Ossipee Triangle, The Bridgewater Triangle in Massachusetts and the heavy-duty Alaska Triangle, which at first glance seems to cover roughly ⅓ of Alaska. That’s a LOT of weird territory that just happens to fit in one big triangular shape.

Yes all of these paranormal hot zones use a triangle to define the borders and map in all things weird and otherworldly, in tribute to the mother triangle of Bermuda.

I live in south Indiana, and I have long been a student of the strange, the scary and the unexplained that happen in my region.

In other words, I read the internet a lot.

Long ago I noticed that this area has more than its fair share of said strangeness. Whether due to geographical greed or cosmic coincidence we seem to have a lot of ghosts, UFOs, river monsters, big birds, Bigfoots (or, in some cases, Bigfeets). Monsters that swim, monsters that slither, monsters that stalk. And monsters that just generally loiter.

And demons, can’t forget the demons.

I also noticed that, true to form, all of this collective weirdness seems to happen within a zone that, son-of-a-biscuit, seemed triangular in nature.

I also noticed the corners of this triangle — and the odd way the area names in the corners shared a common nomenclature. To the west was French Lick Indiana, going east the next corner hit in Kentucky’s Big Bone Lick state park, and the third triangular corner just happened to land in Kentucky’s Pope Lick area to the south.

Was it coincidence or fate? The triangle’s three vertices were shouting out what the name of this newly defined triangular hot zone would be: The Big Lick Triangle. 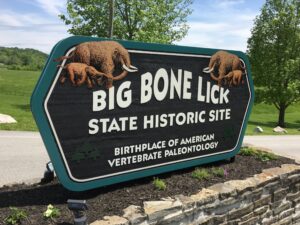 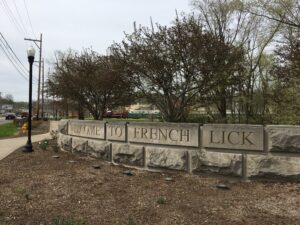 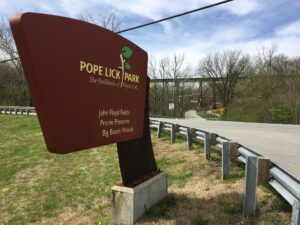 Fate. It was definitely fate.

And now, I’d like to write about everything I’ve learned. In a book. A Big Lick Triangle book. A proper book with page numbers and everything.

But I’m not done writing it yet, and I’d like to invite you to help.

Join the Big Lick Search for “The Truth”

If you have a story from the area contained by the boundary of the Big Lick Triangle, I’d love to hear it. And if you’re happy to sign a release form, I’d be happy to include it in my book! Happy Happy!

Seriously I know there’s a lot out there, and I look forward to hearing about all of the spooky and wonderful stuff you might have experienced. Or heard about from your grandfather, or your great aunt, or that weird kid down the street. Don’t worry about dates or documentation, we’re taking more of a campfire-story approach to this, as opposed to a scholarly journal. Anonymous is always welcome.

The counties in Indiana I’m focusing on include:

And the counties in Kentucky are:

Thank you for reading this, for looking around the site and for any help you can provide.

And also, for my peace of mind, lock your doors tonight. There’s a triangle out there.

Special thanks to my old podcasting partners Dave Davis and Paul Moeller. It was me trying to make them laugh in 2013 that got this crazy ball rolling.