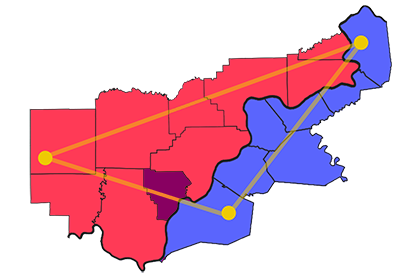 Here’s some of the interesting things about Floyd County I’ve learned so far:

-Large craft seen outside Greenville in 2010

Ghost: At New Albany’s Culbertson Mansion, the ghost of the guy’s first wife haunts the 3rd floor, looking for her children.