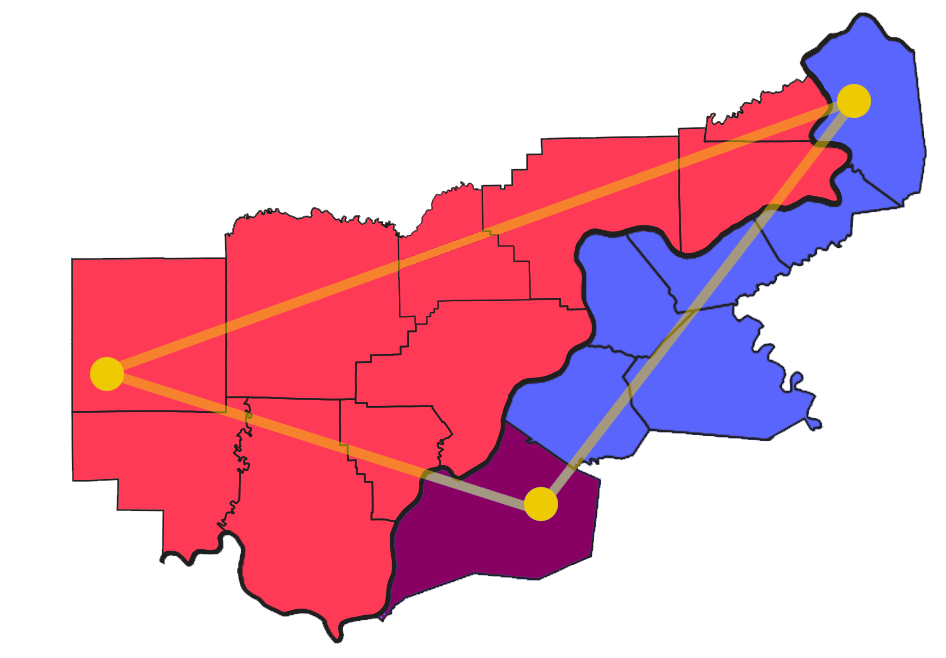 Here’s some of the interesting things about Jefferson County Kentucky I’ve learned so far:

UFO: I found a site listing over a hundred UFO sightings in the Louisville area alone, one of which dated all the way back to 1953, where a witness says he was contacted by a “grey” alien

Ghost: Waverly Hills, that’s where I wanna be. This former tuberculosis hospital from the 1920s is famous in ghost-hunting circles as one of THE BEST haunted locations in the country. When it comes to ghosts, many believe this place in ground-zero, a veritable “Spook Central.” Just about every paranormal reality show on cable has been here at least once, including those fancy ghost plumbers. (Interesting sidenote, yours truly and the Conduit once toured this ruined hell-hole, and what was our boots-on-the-ground report? Meh …. The ghosts must have had the night off. Also, it’s realllllly hard to record EVPs and see Shadow People when you’re forced to go on a tour with 25+ people.)

BLACK SPOOKY SILENT HELICOPTERS: Occasionally seen in the south of county, silent unmarked black choppers, coming to and from nearby Fort Knox.

Pope Lick Monster: South-east of Louisville is the Pope Lick train trestle, a rusty old iron train bridge roughly 90 feet in the air and 772 feet long that crosses over Pope Lick Creek. It’s said to be the home of the Pope Lick Monster, aka The Goat Man (some say the Sheep Man). The Goat Man is basically just like it sounds: a two-legged upright hybrid creature with the body of a man and the head of a goat. Actually the lower half of the body is furry with cloven hoofs for feet; in other words we’re talking about the classic Satyr-looking thing from Greek mythology. A sort of pissed off Mr Tumnus. Sightings are said to have began in the late 40s and early 50s, and the creature lures unsuspecting teens to their death on the bridge, as he summons a ghost train to scare them into jumping.