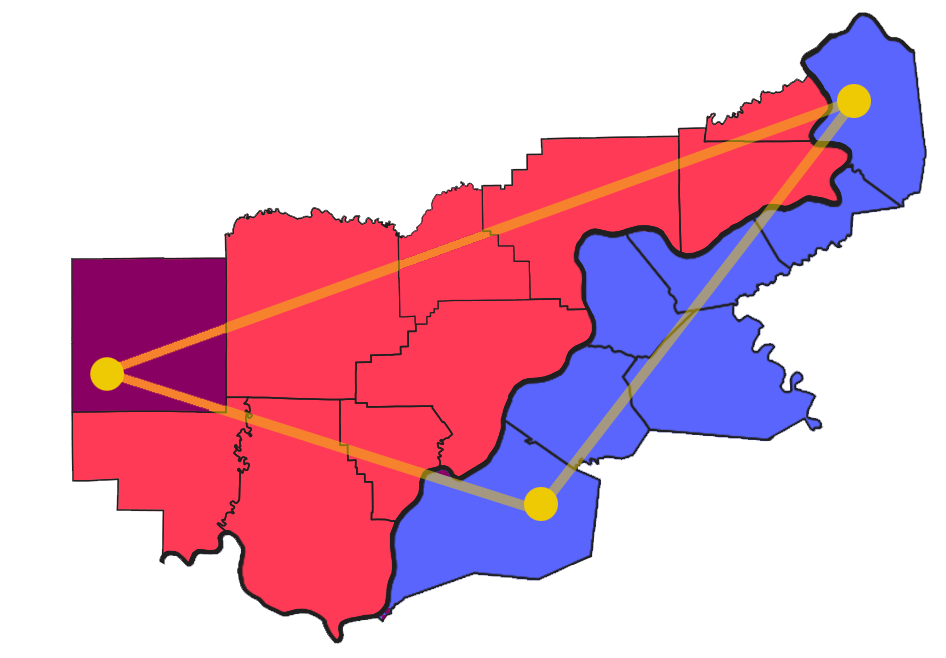 Here’s some of the interesting things about Orange County I’ve learned so far:

Bigfoot: During the 1960s a creature was seen several times around French Lick, and the locals named it “Fluorescent Freddy” due to its glowing red eyes.

Thunderbirds: There was a flap (HA!) of sightings in Hoosier National Forest throughout the 1970s.

Ghost: In French Lick, sometime in the late 1800s, three lightning bolts came from the sky and killed two black horses and their colt in a field. If you go to the field now when a storm is coming you can see the three ghost horses running for shelter.

– Paoli, Bon’s Chapel: The glowing headstone. Story is a soldier was going to marry a local girl, but he was sent off to war and killed before the ceremony. Now on some nights his headstone will glow, and watching from a distance is a ghostly woman dressed in black