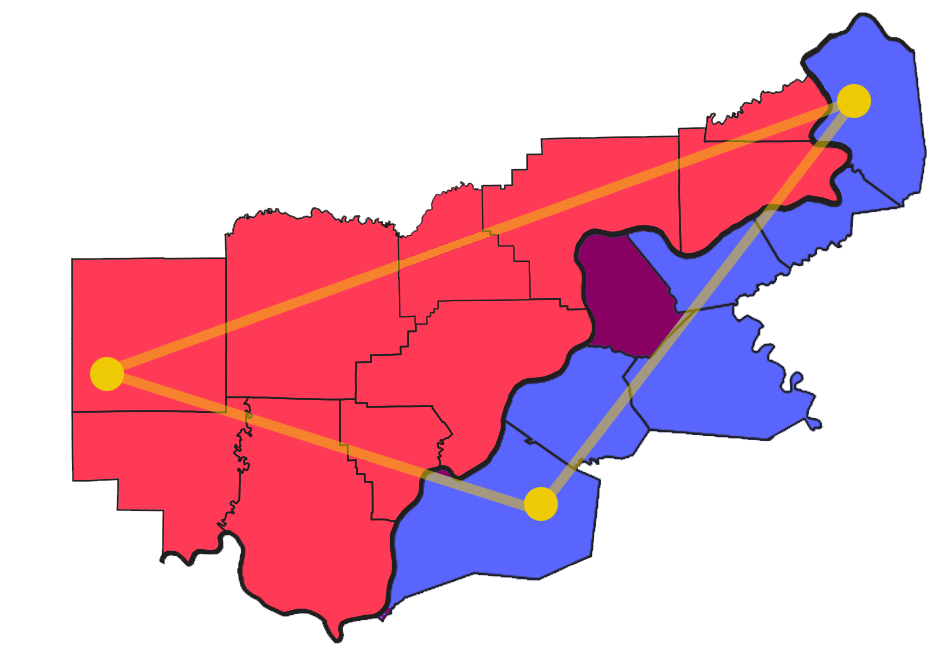 Here’s some of the interesting things about Trimble County I’ve learned so far:

Bigfoot: It’s believed that before Europeans arrived the Native Americans avoided the Trimble County area, and they called it “the land of the wild people.” Early settlers reported hairy men throwing rocks and tree limbs at them, and later reports claim they stole livestock, broke into outdoor freezers and after looked into farmhouse windows.

Frogman / Lizardman: Milton, in October 1975, witnesses report seeing a giant biped lizard man roaming the woods near an automobile junkyard. It was described as having a foot-long forked tongue and big eyes that bulged out, a bit like a frog’s eyes. Creature was dull white with black and white stripes across its body, with quarter size speckles over it.